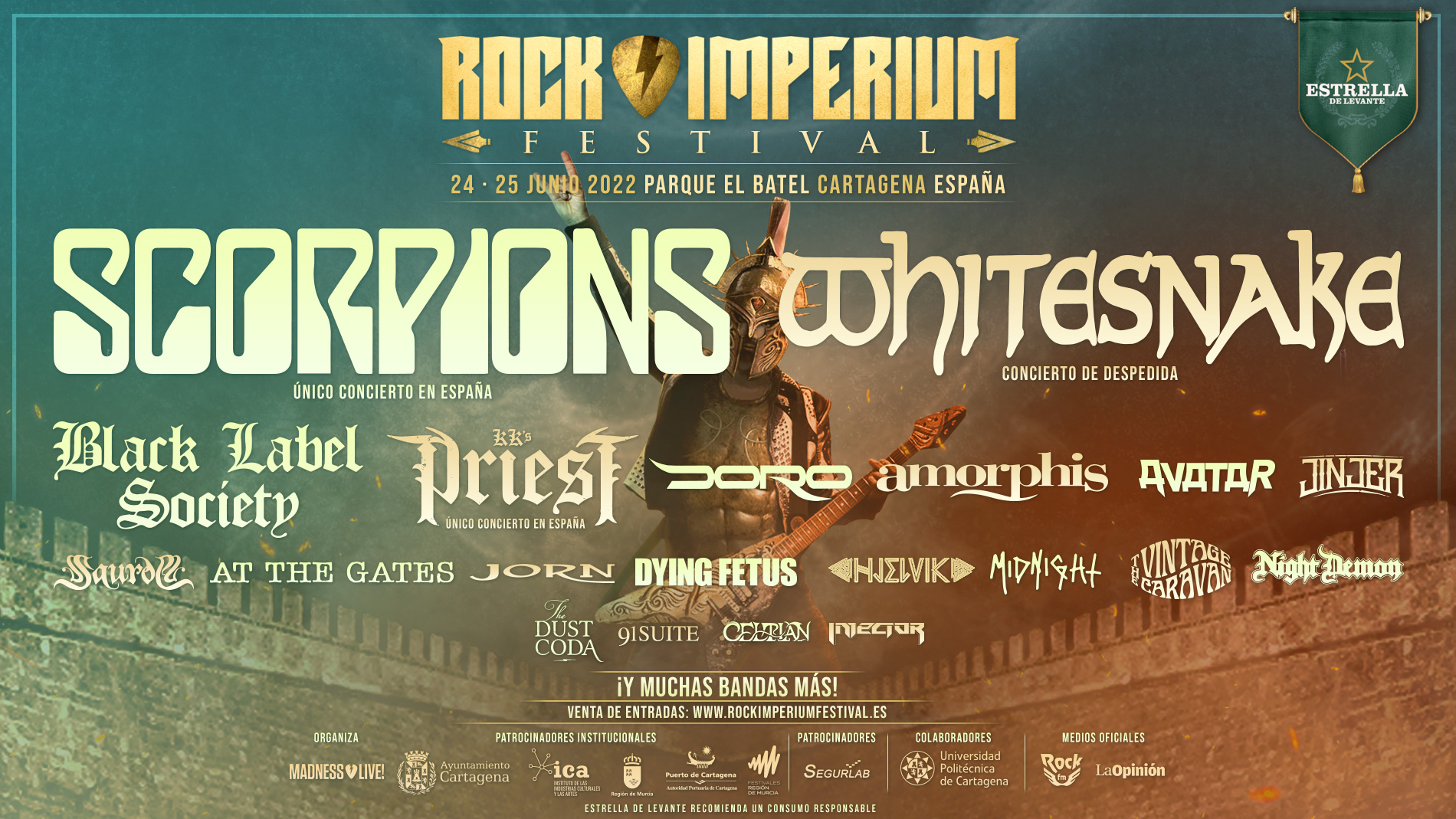 After the spectacular welcoming that the festival has received, we are pleased to announce seven new additions to the line-up.

For the first time in Spain and exclusively, the iconic founding member of Judas Priest, KK Downing as KK’S PRIEST. A world premiere with the first ever concert announced and possibly the first of his career with this band, KK will rock the earth and the Rock Imperium Festival audience will witness it. You can’t miss it!

As if that wasn’t enough, we will also have Saurom coming from Cádiz along with their festive metallic Rock/Folk show… so let’s the party begin!

From Maryland, the most brutal Death Metal trio, Dying Fetus, will be hitting the third stage with their powerful performance.
Former Kvelertak vocalist HJELVIK will perform for the first time and exclusively in Spain where we will experience his Viking/Heavy Metal with his characteristic gravelly voice.

Psychedelic/progressive rock lovers will also have a good time; as the Icelandic band The Vintage Caravan will bring us their stunning sound.

Led by Jarvis Leatherby, the Californians NightDemon will raise the flag of authentic Heavy Metal. And finally, to close this announcement, one of the Spanish revelations, Celtian, will make us jump and dance with their Rock and Metal combined with traditional Irish folk.

An enticing menu to complete what looks set to be a historic first edition of Rock Imperium Festival.