“Litha Night” In Cartagena With Myrkur And Moonsorrow

At the dawn of humanity, when the world was still carved by nature and our steps were guided by the stars, numerous cultures belonging to the northern hemisphere of the globe established the worship and celebration of Litha, the summer solstice. Especially in the north of old Europe, the Nordic cultures gave themselves with joy and frenzy to celebrate the arrival of summer on the shortest night of the whole year, a magical night in which everything is alive and speaks through the fire of the bonfire.

Rock Imperium Festival is pleased to build bridges to the Mediterranean for this eminently Nordic tradition that finds on the night of San Juan a mirror in which to look at itself, and it does so with the presence of two brilliant formations that combine in their music all the spirit of the It could be an unrepeatable night at the Paseo del Puerto Stage (next to the Batel Auditorium).

The evening will open the doors to its mysteries with Moonsorrow. With more than 25 years of experience, the Finnish band undoubtedly stands as one of the most representative bands of Pagan / folk metal, always with a recurring base of black metal that boils in each of the themes of the latest work that they released, “Jumalten Aika”, The Time of the Gods.

On her side, the voice of the Danish singer and multi-instrumentalist Amalie Bruun and her project Myrkur will be in charge of stoking the fire of the souls in this Litha. Although Myrkur began as a project that had its roots in a kind of ethereal black metal, the direction of his latest, most delicate and magical work entitled “Folkesange” (Popular Songs) abandons all anger or stridency to immerse us in an unforgettable journey through the sound tradition of the Nordic countries through a folk built on the basis of traditional Scandinavian instruments.

Both formations will offer FULL SHOW so get ready to indulge in the most atavistic pleasures with Moonsorrow, and levitate with Myrkur on this hypnotic solstice night, the Litha Night.

“Litha Night” will be the Rock Imperium Festival presentation party but due to the capacity of the venue and not being part of the festival itself, the ticket will have a price of € 20 (plus expenses) for anyone who wants to attend, whether you have compost as if not. 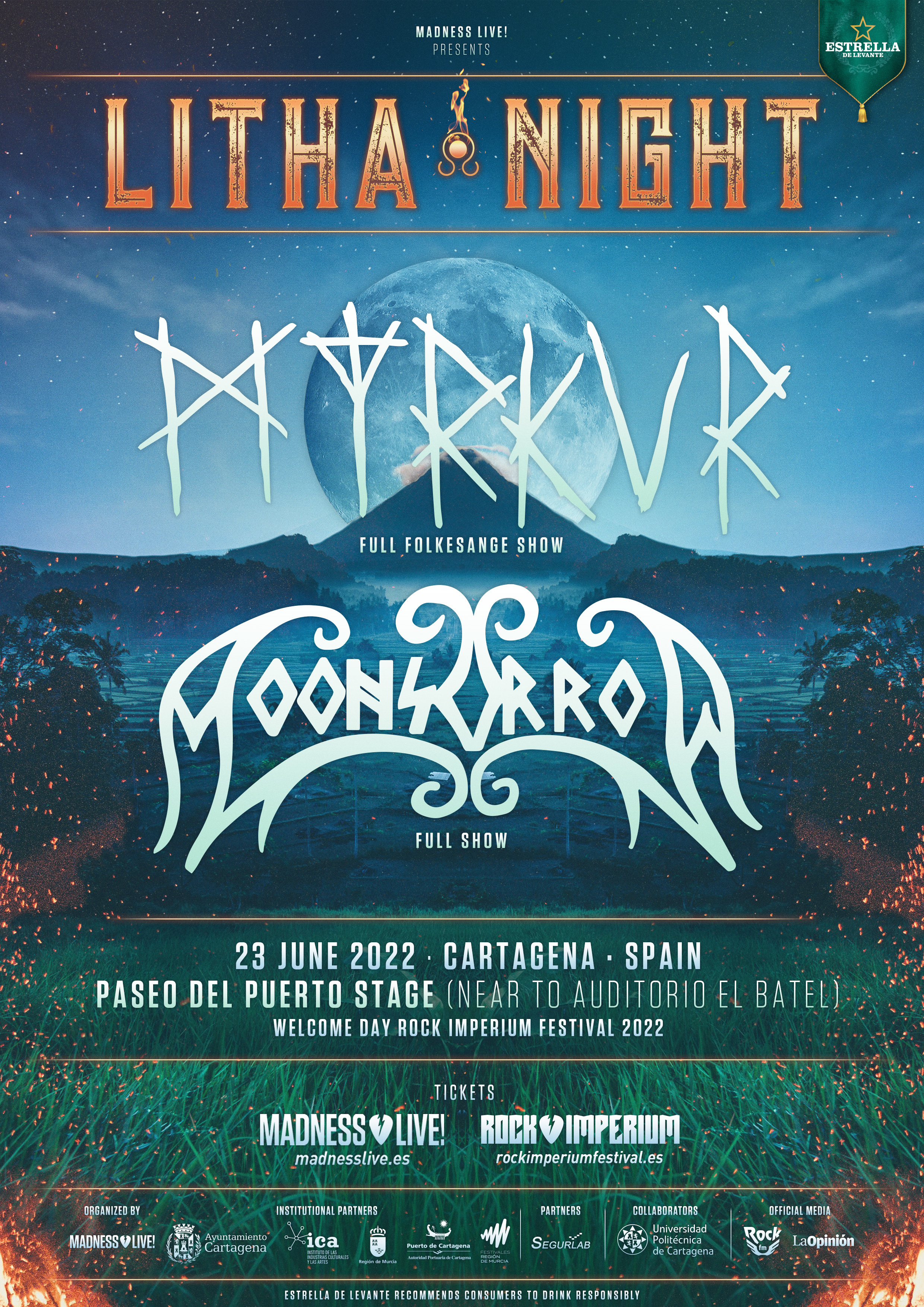