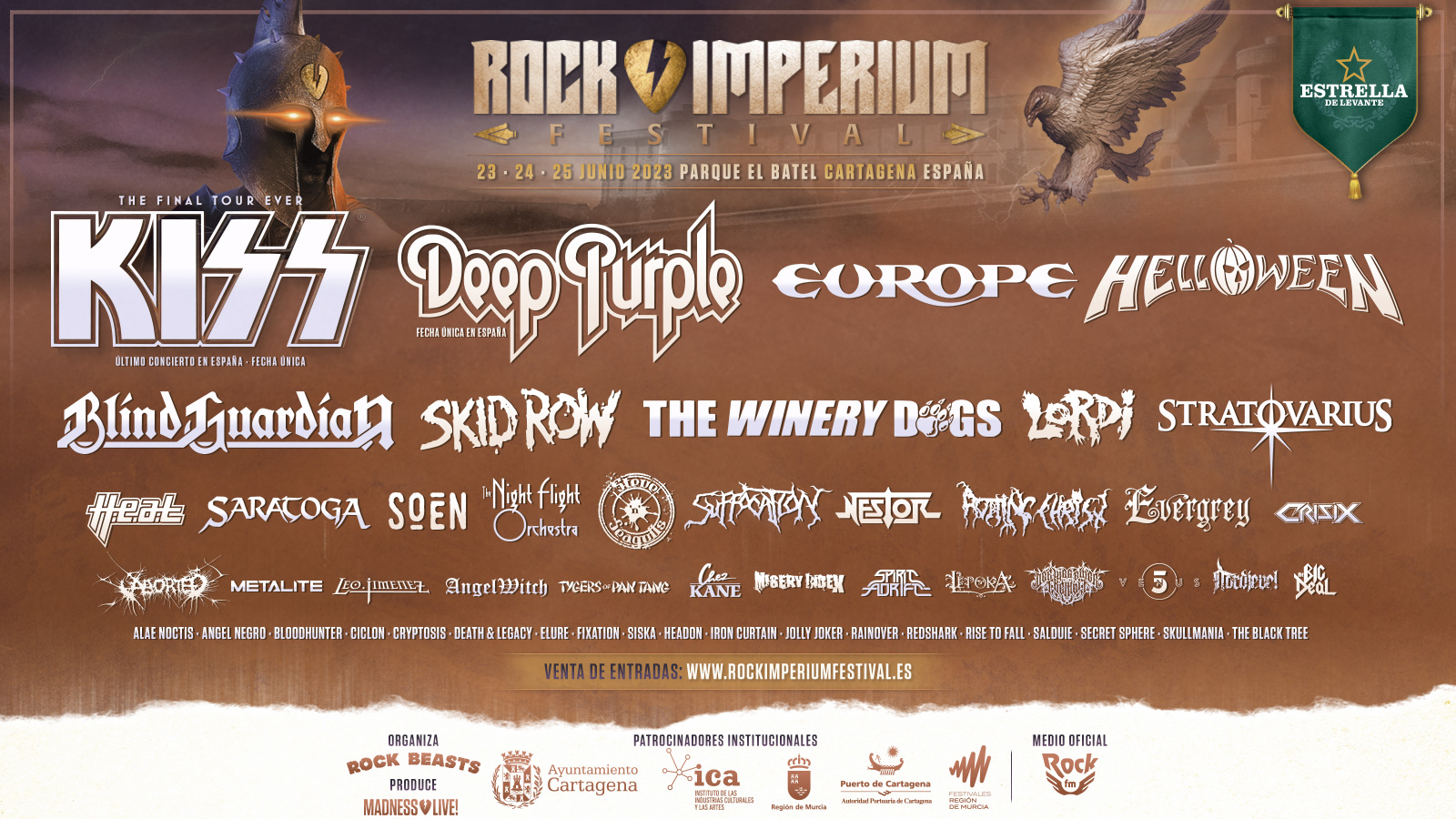 The iconic and influential American band KISS, one of the greatest rock bands of all time, will bid farewell to the stage with a single date in Spain at Rock Imperium Festival 2023 in the city of Cartagena.

Full of gratitude for the incredible reception that the festival had in its first edition last 2022, this 2023 Rock Imperium Festival grows with all of you and will be extended over three days, on 23, 24 and 25 June, incorporating 37 new bands to a line-up that already includes first class headliners such as Deep Purple and Helloween.

Owners of some of the greatest songs in the history of music, Europe were undoubtedly one of the bands that conquered our hearts in the last edition, and they will do it again in 2023 with inexhaustible anthems that already belong to the collective imagination such as “Carrie”, “Rock The Night” or “The Final Countdown”.

Rock Imperium is also pleased to announce the participation of Lordi, the heirs to the most authentic glam rock, taking it to the stratosphere with their historic victory at the 2006 Eurovision Song Contest.  The exquisite proposal of the Swedes The Night Flight Orchestra or the undeniable progressive metal of Evergrey also joins our line-up, as well as the explosive Metalite or the charming Chez Kane.