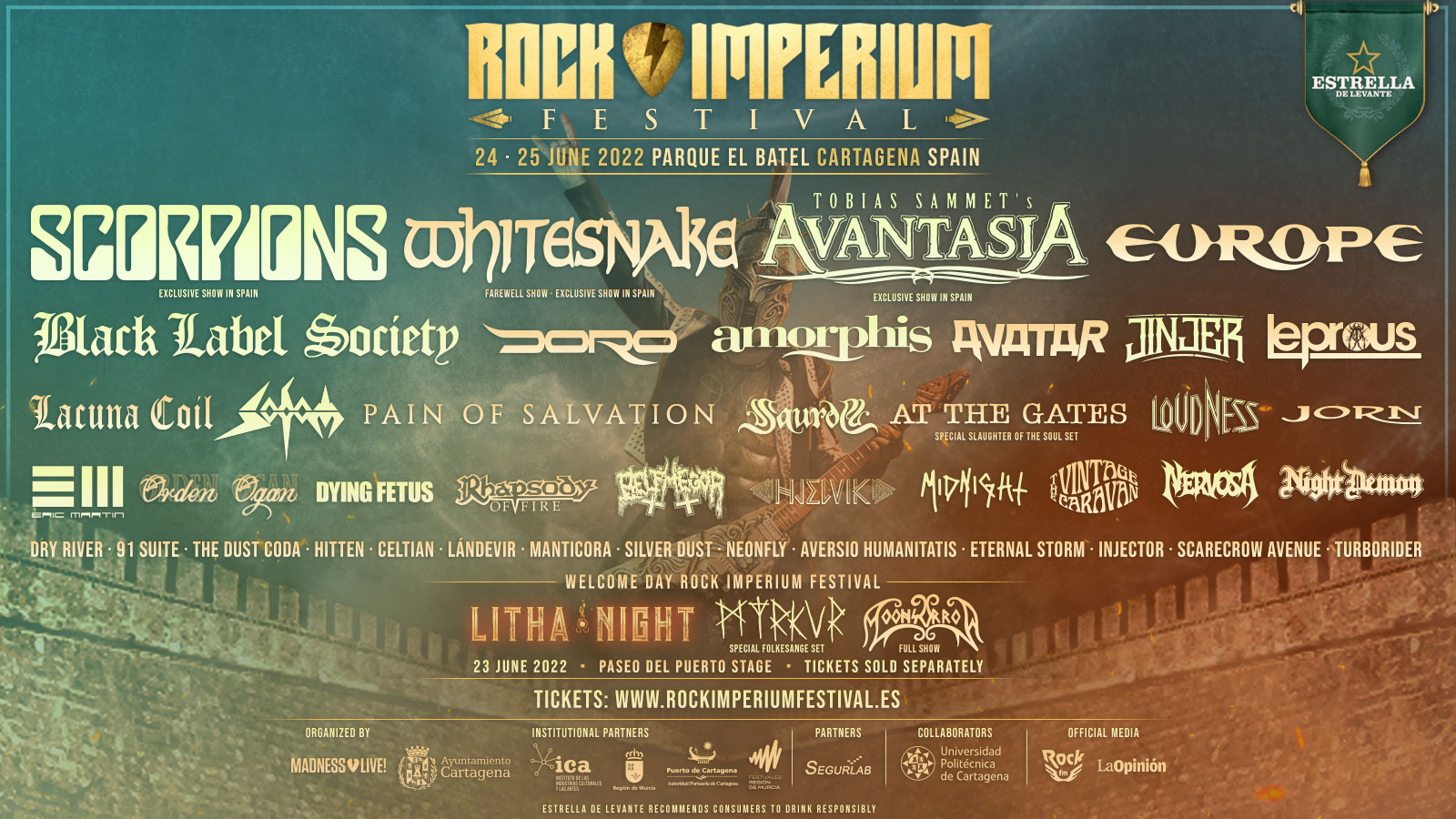 We are grateful for the warm reception that the festival has received and, looking into the future, we are glad to announce the incorporation of the 24 bands that will complete the line-up of the ambitious first edition of Rock Imperium Festival in Cartagena.

These 24 bands are added to the 19 acts that had already been confirmed and we can’t help but highlight the presence of Tobias Sammet’s Avantasia and his genre-defying contributions to music, and Europe, whose compositions are living pieces of the history of music. Both artists will play full-shows under the gaze of the stars during the second day of a festival that aspires to set a landmark in the city and an unforgettable experience.

On the exhausting curation of the line-up we have done our best to tear down any boundaries and to bring the finest acts of every genre: from progressive music to thrash metal, including hard rock or death metal and inviting the most promising international and local bands, while also respecting the classics that have marked rock’s way forever.

We would also like to announce that the doors to the first edition of Rock Imperium Festival will be opened on June 23rd 2022 on a magical night of celebration of the Summer solstice called Litha Night in the Nordic cultures in which we will build bridges from this ancient harbour.

As many other cultures did in the harbour of the three times millenary city of Cartagena, we disembark there in order to reclaim it and give it the value it deserves with an event of the magnitude of Rock Imperium Festival.

Finally, this temple will hold 43 bands coming from all over the world: from Finland to Japan in order to celebrate the much needed return of something that unites every citizen under the sun: live music.

Despite our own finitude, music will stay forever. Bands like Scorpions, Whitesnake or Europe have been able to find the secret of what it means to be human into a long list of timeless transgenerational anthems. Hymns that we are sure will echo equally as splendidly 3000 thousand years from now in the walls of this, our city, your city, of Cartagena.