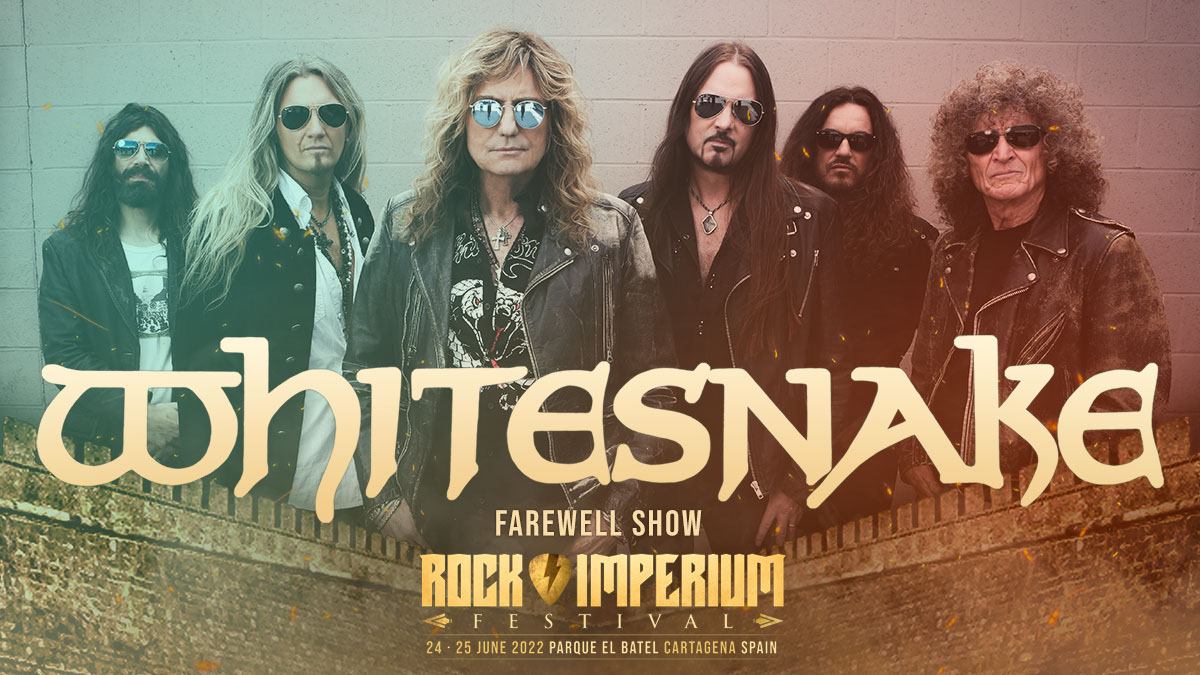 Mega platinum WHITESNAKE, the legendary rock ’n’ roll band founded and formed by DEEP PURPLE singer and Rock and Roll Hall Of Famer DAVID COVERDALE are proud to announce their only Spanish show at Rock Imperium in Cartagenaas as part of their Farewell World Tour.

Founded in 1978 by former Deep Purple singer David Coverdale, the band have earned multi-platinum albums including ‘TROUBLE’, ‘LOVEHUNTER’, ‘READY AND WILLING’ and ‘COME AN’ GET IT’ through to the explosive hard rock of the revamped ‘SNAKE sound with the multi-platinum ‘SLIDE IT IN’, 1987’s self-titled mega-million-selling smash-hit album, ‘WHITESNAKE’. From these albums came multiple top 10 hits worldwide, including 2 number 1 singles with “Here I Go Again” and “Is This Love” as well as the unforgettable hammer of “Still Of The Night” all leading to virtual 24-hour domination of MTV around the globe.

The Farewell tour will feature songs from the bands 13 studio albums, performing their biggest hits & songs from one of the greatest back catalogues in rock ‘n’ roll history spanning over 40 years, including songs from their 2019 released top ten album “Flesh & Blood”.