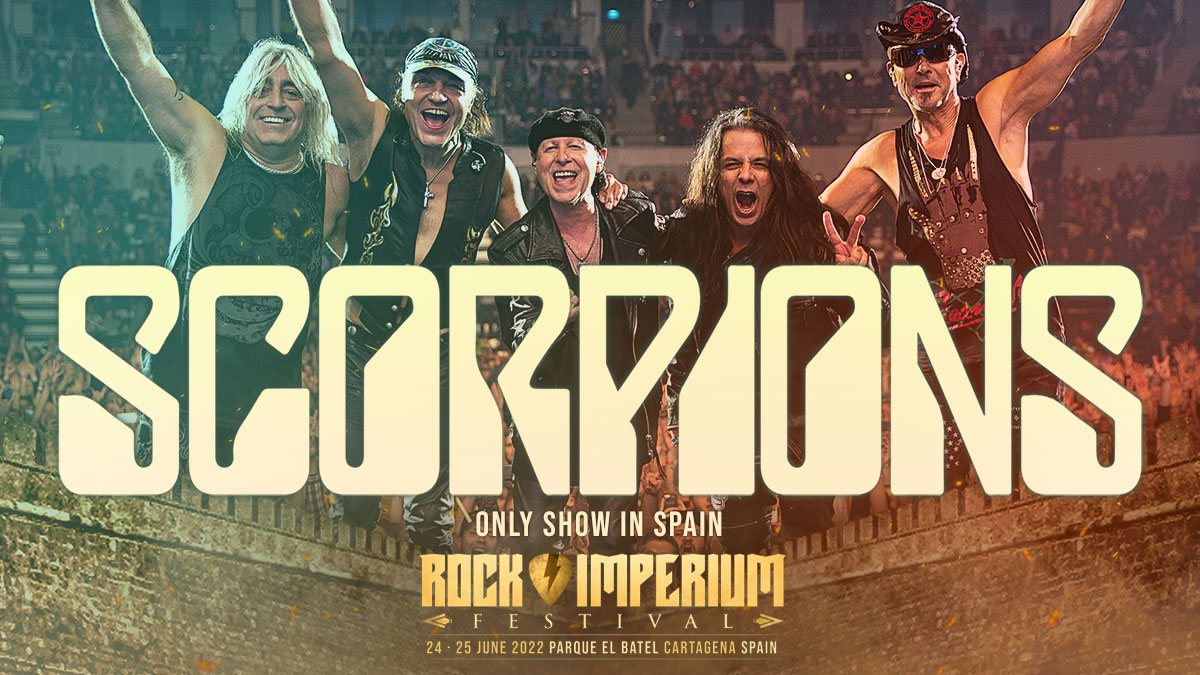 Scorpions are more than just a rock band. They are an icon, a true institution that by using their music and message has forged their own legend as one of the biggest bands of all time.

Founded in 1965 by Rudolf Schenker and shortly later joined by vocalist Klaus Meine, both of them are still the band’s backbone and keep their music alive with tours in which they sell out arenas and stadiums all over the world.

We are so proud of announcing that we will have the privilege of enjoying their exclusive Spanish show in 2022. Expect nothing but a powerful and sublime concert in which they will perform some songs from their much anticipated new record, as well as their classics ‘Still Loving You’, ‘Rock You Like A Hurricane’, ‘The Zoo’, ‘Winds of Change’ and many others!

An unavoidable event for any fan of the finest music! It’s going to be one for the books!